I’m participating in the Sim Jam hosted by Team Dogpit this year! Though I had a slow start because of my suddenly busy work schedule, I managed to make quite a bit of head way this weekend and already completed most of the core mechanics I was aiming to accomplish in this dev jam.

I had been having issues with scope creep in other game dev projects recently which had unfortunately taken the wind out of my sails for the past few months. When I saw the description of this jam it felt like the perfect opportunity to focus on a single topic I’ve been hoping to dive into, which is developing a decent A.I. system for NPCs. Something that is easy to work with and modify, and something that also looks “realistic enough” to give the impression that these NPCs aren’t just game objects with scripts attached to them, but are something that actually feels like an entity living in a world that it is familiar with. 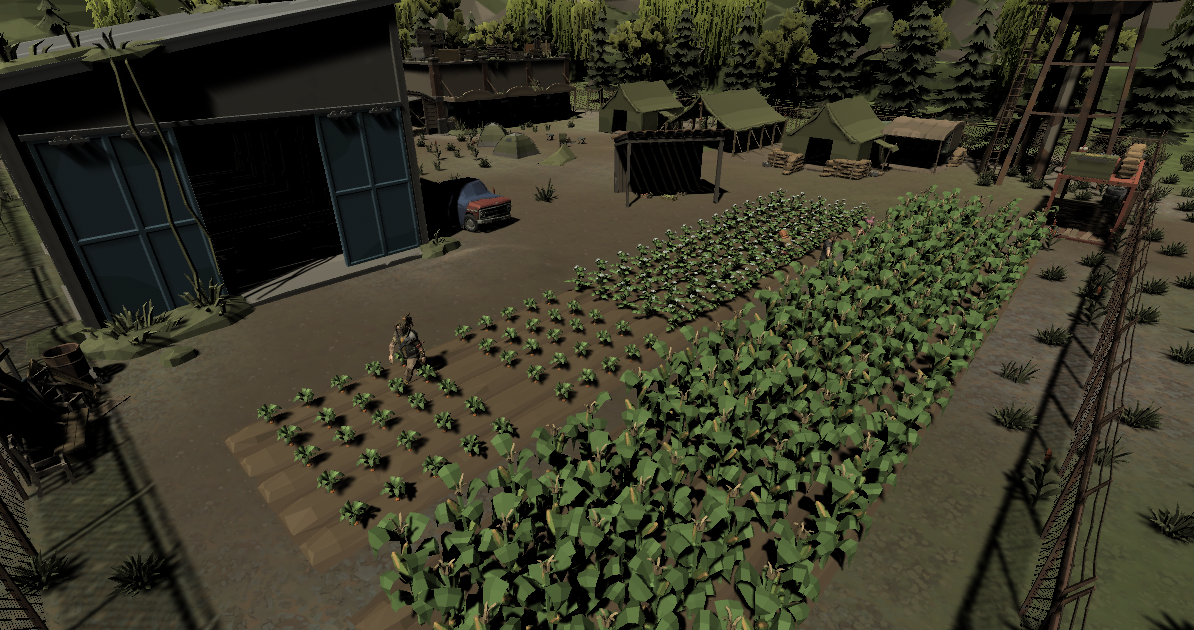 My main objective with this project is to develop a single core function of a larger game that I’ve been conceptualizing for about a year, a zombie survival action simulator. The full game will have 2 distinct game play modes, one would be an action/stealth/scavenger mode where the player would directly control a character (possibly a small team) into randomly generated ruins where you could acquire new stuff, recruit survivors, and kill enemies.

The other mode is base management and defense, and while there will be combat and random raid events in the full game in this mode, my goal with this dev jam is just to work on the automated farming system. This system should be relatively easy to expand upon later to include other roles such are Maintenance, Guards, and other kinds of relative jobs you might find in a post apocalyptic survivor camp. 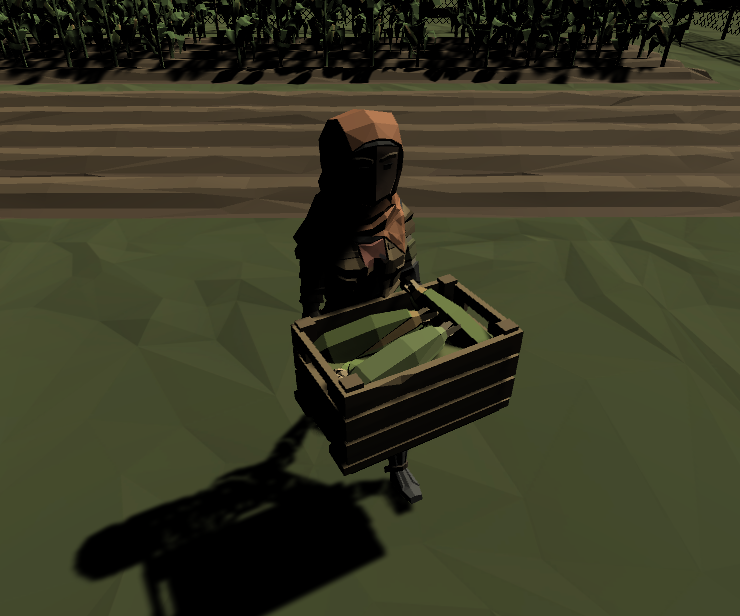 The core NPC system I’m trying to create is one where the player can assign various survivors to different roles around your base. In the main game you would be able to recruit new survivors in various ways and then delegate them to a task which you feel they are best suited for, based on their stats. But for the focus on this game jam I am wanting to flush out some of the basic character behaviors, and set up a Goal-Oriented Action Planning system for the NPC survivors around base, something I haven’t had much experience working with yet.

I’ve been wanting to implement an A.I. system for NPCs in a slice-of-life town sim game I’ve been working on, but that project is already rather large and it felt daunting to explore an A.I. system for the first time with an existing project of that size. So I deciding to dive in with a new project with a much smaller scope, and already I’m getting the results I was hoping for.

By MrWzardEyEz | Blog, Inktober | No Comments

I’m doing my first Inktober this year! Starting off with a Malboro from Final Fantasy Tactics!